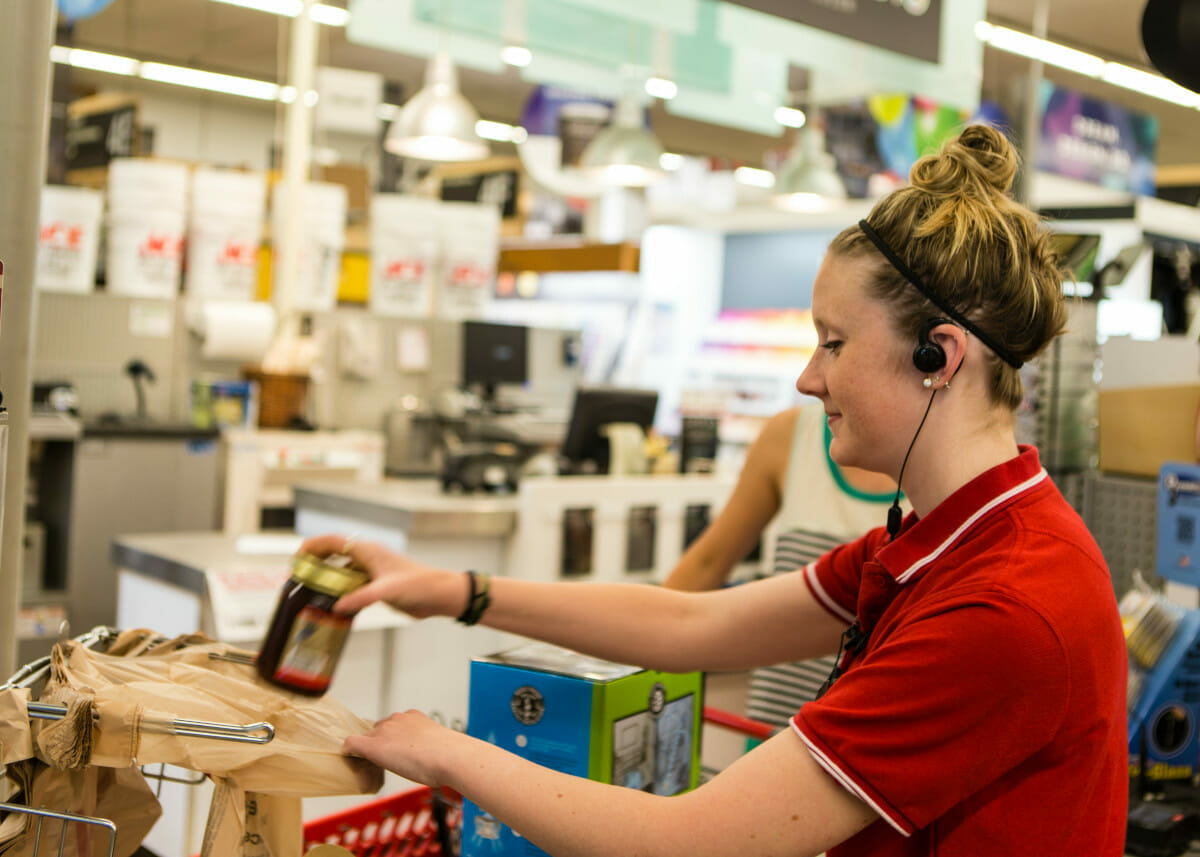 Differentiate between UHF, VHF and Digital Radios, Types of Batteries in Walkie-talkies, and Uncover Our Expert Recommendations

In certain situations, a walkie-talkie (two-way radio) is the only feasible option for communications instead of a smartphone. A walkie-talkie not only helps you to communicate with multiple groups of people in real-time but also in areas where mobile network coverage is limited or non-existent, or even in hazardous environment. A two-way radio is the main and favoured mode of communication for business-critical usage from energy utilities to construction workers.

Purchasing a walkie-talkie, though, is more complicated than you might think. Many businesses sell a diverse range of two-way radio equipment that vary greatly in terms of price, specifications, capabilities, and functions. This quick overview will help you choose the right walkie-talkie for your company or personal needs.

What is the difference between UHF and VHF radios?

Since business walkie-talkies aren’t for leisure and don’t come in an inexpensive price, getting the right models for the first time is imperative. If you’re in quest of a set of four radios for your warehouse, or a fleet of forty for your delivery centre, you’ll have to set a clear budget to avoid making an expensive error.

Knowing the difference between a UHF and a VHF radio is crucial when selecting the correct two-way radio.  Generally, a UHF walkie-talkie should suffice in most cases. However, since UHF and VHF radios cannot connect, it’s important to understand their instability before making a purchase. If you already have radios and want to incorporate more, do ensure that they’re on the same band so they can be in sync.

Two-way radio users choose UHF radios because their signals are short and can get around interference in places such as houses, densely wooded or hilly areas, and urban outdoor environments.

With a good-sized antenna with enough power, UHF walkie-talkies will reach further into a building and penetrate through steel, concrete, wood, and the ground, enabling you to connect with the entire team on separate floors. If you would like to use two-way radios both indoors and outdoors, UHF is the better option.

A VHF walkie-talkie has the advantage of being able to travel across more areas with less strength. This is because VHF waves are longer and in proximity to the ground. The best time when two-way VHF radios operate at an optimum is when there is little to no obstruction in the line-of-sight between the sender and the receiver.

VHF radios are typical in aircraft and shipping communications where messages must be transmitted over a large area of water or the horizon with no obstructions. Open fields, golf courses, landscaping, and outdoor surveillance settings with minimal barriers are all ideal places to use VHF band walkie-talkies.

VHF antennas are typically longer than UHF antennas to allow reception over longer distances to fit the VHF frequency spectrum. In addition, VHF radios have an edge over UHF in the sense that their penetration through trees and bushes is more effective than their UHF counterpart. That said, if you plan to use the radios indoors or from indoors to outdoors, you’ll be better off with UHF radios. This recommendation is based on two-way radio reviews provided by experts.

Are you having trouble deciding between a UHF and a VHF radio? Then, digital radios may be exactly what you’re looking for. Digital radios are a different type of radio. What makes digital radios different from the other two is that they are, as the name suggests, digital rather than analogue (such as UHF or VHF). Given that they function digitally, the signals are sent in a more complex way, making instructions simpler and more comprehensible. Furthermore, digital radios are cost-efficient as they do not need to be certified with any license.

Do distance and range affect walkie-talkies?

The range of most walkie-talkies is defined by most two-way radio manufacturers as the maximum obstruction-free distance in which a radio transmission can be effectively received. This also means that the range that you usually see of a walkie-talkie is a claimed range that has been measured in optimal conditions. As a result, the claimed range and the actual range of a two-way radio vary significantly. The range of a walkie–talkie can be influenced by a variety of factors.

That involves things like other users’ radio interference, the weather, and the type of obstructions in the landscape such as trees, and houses. In addition, if anonymity is a concern, wireless radios would be a great choice as they scramble their frequency 1000 times per minute. Others would have a hard time interfering with your channel as a result of this. Two-way radios that can broadcast on both wireless and analogue frequencies are also available.

How Much Power Do I Need?

What Type of Batteries Do Two-Way Radios Use?

Ni-Cad batteries are the most commonly seen in the market. They have a long lifespan and are less susceptible to overcharging issues. Besides being the most cost-efficient battery out of the three batteries stated here, they are the heaviest and most prone to ‘memory fire’.

When a battery is recharged before it is completely drained, a phenomenon known as ‘memory burn’ occurs. The battery can ‘remember’ the partial charge and it will only charge to that point the next time it is charged. This reduces the battery’s power potential to a smaller, fractional number. To prevent memory burn, we recommend waiting until the battery is completely discharged before you proceed with recharging it. With proper maintenance and care, Ni-Cad batteries can last up to two years.

While NIMH batteries are quite similar to Ni-Cad batteries in terms of chemical composition, they are not susceptible to memory burn. For this reason, Nickel Metal Hydride batteries are more costly and more prone to overcharging problems, but they are often smaller and lighter. Generally, they can last up to a year and a half.

The most expensive of the three is lithium-ion. Compact and lightweight, lithium-ion batteries do not suffer from memory burns. Despite that, they are constrained by a certain number of charging cycles, after which they will not accept another charge. They also require a specific type of charger to power up due to their advanced chemistry. With this charger, a lithium-ion battery can be up and running in as little as an hour.

Engineered for professionals whose daily tasks are heavily dependent on effective back-and-forth communications, this digital two-way radio is built with system support, and it delivers loud, discernible audio no matter the circumstances.

Considering how employees have to be on standby at most times and battery is a primary concern, Motorola has fitted this rugged radio with a robust battery that delivers up to 28 hours of battery life – which is equivalent to about 3 long shifts or more, depending on the work duration. Such an extension of battery life is by virtue of its Over-the-Air Battery Management that helps to optimise battery use.

The MOTOTRBO XiR P3688 portable two-way analogue/digital radio is simple and inexpensive, and it connects your workforce efficiently, helping your company grow and evolve to achieve greater heights. Besides, this walkie-talkie is ideal for anyone who wants to stay connected by incorporating the best of two-way radio functionality with the new analogue and digital technologies. Additionally, the narrow banding-compliant radio has superb audio quality, exceptional coverage, long-lasting battery life, and more. It is well suited with the MOTOTRBO family of radios.

The MOTOTRBO XiR P3688 Walkie Talkie is a safe and secure communication solution for work crews to communicate, organise, and collaborate to get their job done right. It enhances the productivity of your service through effective voice communication with simple-to-use functions that are apt for your business needs.

Contrary to hefty two-way radios that can be a nuisance to hold on certain occasions, the SL2M model’s slim and lightweight design makes it a coveted two-way radio for many professionals. Assured with durability and ruggedness, this two-way radio can be connected to Bluetooth earpieces and sensors for discreet and hands-free communication. Its accessibility to Wi-Fi networks also enables smooth over-the-air software updates. That means bidding farewell to connecting cables by hands and taking radios out of service. Large organisations can use the radio on trunking systems that support data and voice.

You’ll be better connected in a safer and more efficient way with this dynamic evolution of MOTOTRBO digital two-way radios. The XiR P8600i Series is engineered for professionals who refuse to settle for less. These next-generation radios provide full connectivity for your company, with supercharged integrated voice and data and advanced functionality for a more streamlined operation.

In conclusion, we hope that you have gained some valuable insights regarding the different types of Motorola walkie talkies, how to choose the right kind of walkie talkie suited to your needs, the many different features that walkie talkies have, as well as products that we offer for your walkie talkie needs. As opposed to smartphones, walkie-talkies are useful tools of communication as the former is often limited by cellular coverage, while the latter is completely free of this restriction.