The Best Way to Protect Yourself in Hazardous Environments 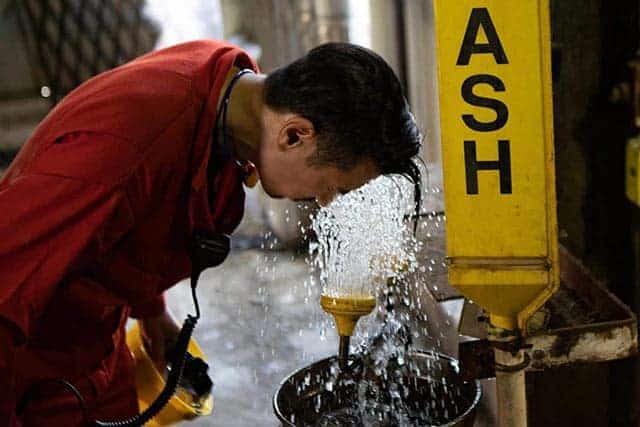 Hazardous locations, also known as “hazloc”, is defined by the National Electrical Code (NEC) NFPA 70 as areas “where fire or explosion hazards may exist due to flammable gases or vapors, flammable liquids, combustible dust, or ignitable fibers or flyings.”1

Fire is created when fuel, oxygen, and an ignition source are simultaneously combined. This could easily happen in busy construction areas or somewhere similar as dust and oxygen are easily found on-site– all that is left is a small ignition from a spark or a hot surface. In more extreme cases, is where the combustion becomes so rapid that it causes an explosion.

In the efforts to preventing such things from happening, businesses and organisations have placed utmost importance in establishing safety measures such as using intrinsically-safe equipment on site.

As defined by Omega Engineering, an American instrumentation company, intrinsically-safe is a piece of equipment and wiring which is incapable of releasing sufficient electrical or thermal energy under normal or abnormal conditions to cause ignition of a specific hazardous atmospheric mixture in its most easily ignited concentration.”2. In layman terms, intrinsically-safe equipment are tools that are safe to use in hazardous environments, or explosion-proof.

Beginning in 2014, the International Maritime Organization (IMO) released a new regulation that requires all vessels to carry at least two intrinsically-safe two-way radios for fire-fighting communications on board. Apart from using these intrinsically-safe two-way radios as a standard industry practice, it may also be a requirement given by your insurance companies to safeguard and prevent any costly mishaps from happening.

Previously, intrinsically-safe two-way radios adhered to Factory Mutual’s standard for hazloc-safe certifications. Factory Mutual is a private company that writes standards, and test and certifies products with their established standard, FM3610-88, which requires products to be “FM Approved” to be certified safe for use in hazardous environments. At the end of 2015, for globalisation and harmonisation purposes with the IEC international standards, Land Mobile Radios manufactured after that date will then be replaced by the Telecommunications Industry Association (TIA) standard, TIA4950. Motorola Solutions also transitioned to this standard and will be working with Underwriters’ Laboratories (UL) for compliance testings. Radios will be approved to TIA 4950 standard for use in Division 1, Class I, Groups C, D, Class II, Group E, F, G and Class III hazardous locations.

Below are the hazloc classifications determined by the NATIONAL ELECTRICAL CODE (NEC) NFPA 703:

Class III Fibers has no sub-groups

Common places that need such equipment include oil rigs, refineries, and/or confined spaces with the presence of flammable gases or dust. There are currently two different standards of intrinsically-safe equipments for different hazloc environments, namely the ATEX Directive, a European Directive that applies to protective systems against explosions as well as all equipment used in or related to explosive atmospheres4, and the Telecommunications Industry Association (TIA) 4950, a US standard for Hazardous Location certification of two-way radios.

Certified by the SGS Group, the world’s leading inspection, verification, testing, and certification company, ATTACHE provides a range of Motorola Original Accessories for your intrinsically-safe two-way radios to maximise safety and optimise productivity.

The MOTOTRBO XiR P8600 Ex Series ATEX Radios provide high-quality communication with comprehensive user safety and class-leading ATEX specifications allowing use when in environments containing potentially explosive gas and dust5. The range also includes a range of Motorola Original Accessories that are the only ones to be ATEX-certified solutions to work with the XiR P8608 Ex Series Radios.

Step into hazardous locations with the finest assurance and protection when you equip yourself with our heavy-duty headsets, boom microphones that you can wear with a hard hat, or even remote speaker microphones that are integrated with the smart IMPRES™ audio.

Some of the Motorola Original Accessories available includes the PELTOR™ Tactical XP headsets with a boom microphone. The intrinsically-safe and ATEX-certified headset does a terrific job in distinguishing what you need and do not need to hear with the volume control feature that helps you accommodate the level of ambient noise you must be alert to.

The PELTOR™ push-to-talk adapter, on the other hand, is another ATEX-certified accessory you can link to your Motorola Two-Way Radio for continual and uninterrupted communication. This accessory consists of a large push-to-talk (PTT) button that tolerates harsh conditions and is easy to operate even with heavy gloves on.

Apart from that, the IMPRES™ Remote Speaker Microphone (RSM) is essential for those who require hassle-free communication. It also includes a Windporting audio feature that cuts down the howling noise from heavy winds to improve voice intelligibility along with programmable buttons that serve for critical situations.

The IMPRES™ Smart Energy battery helps your Motorola Two-Way Radio to perform on long shifts. The IMPRES™ smart battery automates battery maintenance and has a 43% increase in charge cycles, allowing it to be charged 150 more times compared to a conventional battery in the market. Not only does this feature help you save more as you would not have to constantly purchase more batteries to replace them, but it is also designed to withstand harsh conditions in hazardous environments.

Land or sea, there are various places that can be considered a hazloc due to their individual challenges. According to the 2017 Safety and Shipping Review by Allianz Global, fire/explosion ranks as the third-highest cause of total loss in shipping6.

The MOTOTRBO™ TIA Series is TIA4950 certified and was designed to work in the harsh condition in maritime operations which includes maritime transport, disaster relief, and more. Complying with the Safety of Life at Sea (SOLAS) regulations, this series offers the proven durability and assurance you need when sending your operatives to work in hazloc.

With water-resistant and anti-dust functions, these Motorola Two-Way Radios have the highest ATEX gas explosion group rating and have met the IEC 60529 international protection grade certification along with many other rigorous environmental tests required by military standards.

Additionally, these portable radios were proven to maintain functionality even under the impact of high water column pressure. Their compliance to the IP67 standards for dust and water intrusions also plays a part in increasing the safety and efficiency for the ship crews when working in hazardous locations.

The Motorola Original Accessories such as our remote speaker microphones and headset microphones for Two-Way Radios / Walkie-Talkies are also TIA4950-certified for use in hazloc. Apart from its anti-dust and water-resistant features that enhance safety, these accessories also provide convenience and high-quality communication that is vital during maritime operations and fire & rescue missions as it increases clear communication and timely coordination to help personnel safety evacuate from hazardous areas.

Click on the respective links for more information on these and more: